Portable gas detectors are used widely today to ensure the safety of workers in a variety of applications, with a huge selection of different types of gas monitors available. However, gas detection methods have changed drastically since we first started trying to detect any toxins in the atmosphere.

Humans first began exploring methods of detecting gas following the Industrial Revolution, which created a high demand for coal. Workers began mining coal from underground using manual labour, where methane was discovered to be a danger to the miners due to its colourless and odourless properties.

The first method of detecting methane involved using volunteer workers, who would enter the mine with just a wet blanket over their head and a lit torch held out in front of them. Small pockets of methane would ignite but the worker would remain relatively unharmed under the blanket. Occasionally, however, the worker would come across a large pocket of gas which would result in a fatality. It was generally believed that it was better to lose one worker than a whole team, however ethical concerns were eventually raised; this led to the introduction of canaries in the mines. 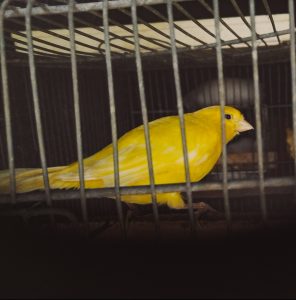 The idea of using canaries is credited to John Scott Haldane, as he noted the birds would be much more sensitive to toxic gases than humans and therefore react to their effects quicker; they were especially used to detect carbon monoxide. Miners would choose a canary that appeared to be in low health and take it into the mine with them.

If there was any methane present in the atmosphere, the birds would stop singing. Eventually, when the exposure to the gases was too much, the birds would begin to rattle about in their cages, alerting the miners to the immediate dangers of toxic gases and allowing them to evacuate the mine safely. This use of canaries in the mines has influenced the vibrant yellow designs of modern-day gas detectors by BW Technologies.

Following on from this, miners introduced a flame safety lamp (otherwise known as a Davy lamp) as a method of detecting toxic gases; this product was designed to be safe in methane-rich environments. This was the first scientific solution to gas detection, using logic combined with knowledge of how gas reacts with a flame to monitor the levels in the atmosphere.

This device used a lit torch encased in a flame-arrestor shell that prevented any ignition from taking place in the atmosphere. This glass case had three horizontal incisions, the middle of which was a safe level. If the flame dropped down to the bottom line, it meant the miners were in an oxygen-deficient environment. Although well suited for this task, this didn’t cater well for the detection of toxic gases.

The first modern gas detector was introduced in 1926 after Dr Oliver Johnson invented a catalytic sensor that could detect a mixture of combustible elements in the atmosphere. This sensor would burn the gas inside it to provide a reading of gases in the atmosphere, but required the user to constantly press a button on the monitor to receive a new reading. This was a huge breakthrough for portable gas detectors and allowed miners a more reliable safety solution. 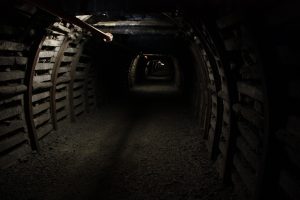 Portable toxic gas detectors advanced during the 1980s when sensors were made from semiconducting materials. These fairly simple sensors worked in a similar way to the catalytic sensors by absorbing the gas and were successful in detecting levels of single gases. Gas monitors were also advanced to include batteries, allowing the instruments to run for long periods of time without the need for pushing a button to review the readings.

Today, catalytic sensors are still widely used in gas detectors due to their low cost and reliability. However, electrochemical sensors are the most commonly used monitors in the detection of toxic due to their high sensitivity. These sensors use electrode signals when gas is detected, alerting the user to a leak promptly.

Current portable gas detectors are built to measure several gases at once and will run continuously when turned on without the need for consistent interaction from the user. Some models will even run for their entire lifespan without the need for any input from the user, including calibration. Take a look through our gas detection category for all of your requirements, including gas detectors and gas analysers.

Portable gas detection has come a long way since it was first introduced, but with the ever-changing advancements in technology, we continue to decrease the potential for workplace injuries and fatalities. We work with a range of gas detector manufacturers who are constantly striving to advance their products, including Drager, Crowcon, BW Technologies, MSA Safety.

If you need more information or you have any enquiries, please contact us on 0845 3300 447 or email our team at info@rockallsafety.co.uk.

Get the latest news, discounts & more!